I have been avoiding writing this post simply because it still hurts too much.. But 2 months later I can’t put it off any longer… 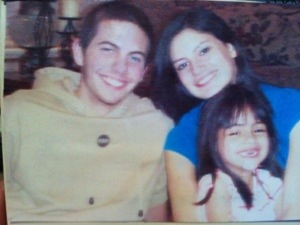 On November 28, 2012 we lost a little bit of The Hernandez Family. Jacob Dixon Kummer returned to the arms of our Heavenly Father. Warmly embraced by those who have passed before him. 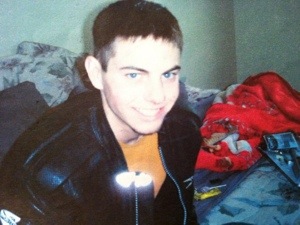 If you don’t know who Jake is.. Chances are you don’t know The Hernandez Family very well. ;] Jake was someone very close to our family. An adopted family member. Often introduced as our “adopted son/brother” 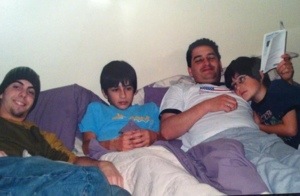 It all started when…
I was 9 or 10 years old. My family moved into our current house in Orem. Not long after my dad rented our basement to a mom and her two kids. The girl, Emily, was in high school and a cheerleader. She would sometimes come upstairs and play Barbies with me. I looked up to her so much and wanted to be like her when I got older. The first time I went to my home ward I went with his mom, Kim. Who came up to the front door to invite me to go with her. Most afternoons after school I would sit out in our front yard and watch Jake skateboard around the driveway. [i had the biggest crush on him] When my siblings and I would jump on our trampoline out in the yard Jake would come running out with his black lab Domino. He would roll under the trampoline singing a song about Navy Seals that he made up. He would come upstairs for just about anything and everything… To hang out and play video games.. Or to make a quesadilla. He was constantly around and quickly settled into being a member of our family. Soon his family moved a little farther away in town. And we were afraid that would be the last we saw of Jake. He still somehow managed to come over almost everyday. Riding his bike or skateboard to our house and getting a ride home if he stayed over too late. Once he got his drivers license he was back over everyday. Hanging out and eating everything in sight. ;] I had the biggest crush on Jake all through junior high and thought that I was for sure going to marry him when I got older. He promised he would take me on a date when I was 16 and also take me to one of my high school dances. [i counted down the months till I was 16 since he told me that] when he actually did take me on our date we went to Panda Express where then beef with broccoli was so bad we ended up making a forest out of the broccoli. Then an awkward movie where everyone around us was pretty much all over each other. As I grew older the idea of marrying Jake became more and more silly. He literally became my brother… Giving me advice, talking with me and sometimes listening to me whine about my drama filled teenage life. Jake was with us through many big events in our lives… A wedding, becoming “uncle jake” and helping us through hard moments like Marky’s first seizure. We tried to constantly be by his side wherever his life took him.. Helping him train to be an EMT (we had to lay on the ground pretending to be injured and we would throw him a curve ball and change our symptoms in the middle of it) his graduation from the fire academy and even his injuries that happened through out his life. Jake would always bring over potential girlfriends to meet his “second family” but to me none of them were ever good enough for my older brother. We would always joke about how Jake had a sixth sense telling him that we made his favorite food, pozole. We wouldn’t have made it for weeks and the one night we would make it Jake would magically show up right as everyone was being served. After every meal Jake would say “thanks mom. Thanks dad. Thanks dad for marrying mom and thanks for having me. Even though I am adopted.” Jake was always the comic relief in our family… Making us laugh with the odd things he would say or his famous dance moves like “jake the snake” 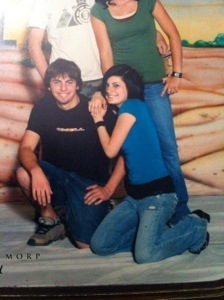 On November 28 [my birthday] late at night my parents came into the room Skyler and I were in to tell me that Jake had passed away earlier that day. I had seen some things on Emily’s Facebook earlier that day that worried me so I asked my dad to call Emily to make sure Jake was okay. My dad assured me that everything was fine but deep down I knew something was terribly wrong.

Thinking about attending his viewing and funeral gave me extreme anxiety. I couldn’t even fathom the fact that my brother was no longer with us and that he would not be there for future events in our lives like we always expected and hoped he would be. My heart raced walking into the funeral home the night of his viewing. I was afraid of the inevitable reality. That wasn’t the Jake I knew.. He couldn’t be like this. He would be the one trying to cheer everyone up. I could not stop crying. Most especially seeing Kim and Emily. Hearing them tell me Jake loved our family like his own was heartbreaking. I couldn’t imagine why Jake would leave us if he loved us like his family. His funeral service was just as hard.. Time and time again my heart broke piece by piece.

Through this hard time it has been a comfort seeing that people knew how much we loved Jake. People have told us that they knew how much he meant to us and how he was always at our house. We were mentioned in his eulogy and I heard someone introduce my dad as Jake’s second dad. Words can’t describe how much it means to me seeing people acknowledge how much of a part of our family Jake was. And still is.

Jake will forever be a part of this family. And the pain of his passing will never fully go away. We love Jake so much and he meant so much to us. I am grateful that Jake is at peace. And I will miss him so much. 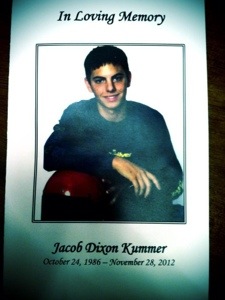